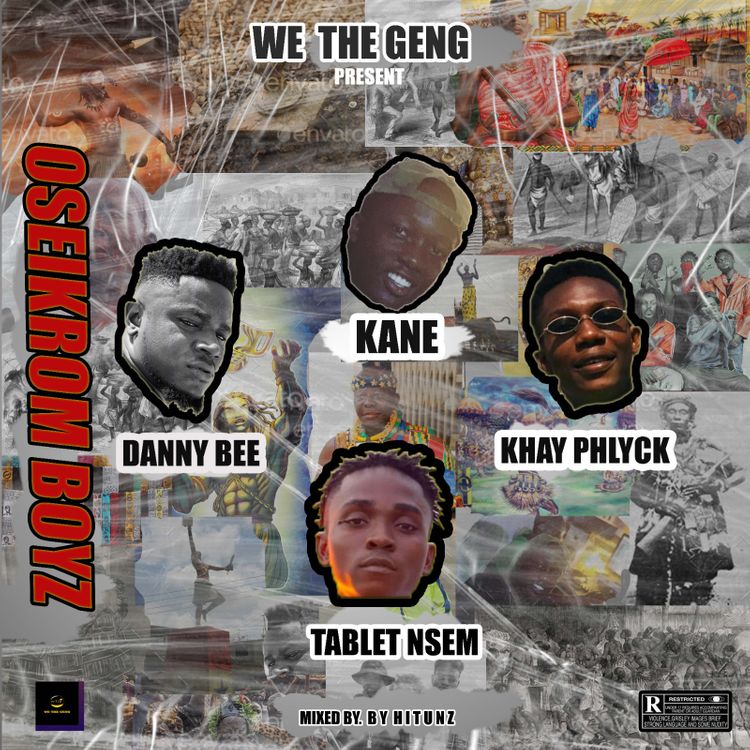 We The Geng – Oseikrom Boyz

The song which features Still Kane, Danny Bee, Khay Phlyck, and Talented Kidz contestant, Tablet Nsem is a masterpiece that is in honour of the latest buzzing term titled Kumerica.

Kumerica began as a troll at the Asantes citing their “guy-guy” lifestyle. The whole craze began when beautiful photos of some parts of America were been compared to some parts of Kumasi.

It then graduated to comparisons of various celebs who are Asantes to Hollywood stars, Okomfo Anokye monument to the statue of liberty, the dollar to the Kumerica currency.

And other hilarious comparisons which have now become a force to be reckoned with.

The masterpiece was mixed by HiTunz. Check it out on Audiomack from below.

Celebrities Who Went For Meet And Greet Are Fools – Patapaa

Celebrities Who Went For Meet And Greet Are Fools –……

I Worked For A Year At GhOne Without Salary – Serwaa Amihere

I Worked For A Year At GhOne Without Salary –……

SA’s DJ Switch Teams Up With Trigmatic For ‘Top Shotta’……

Ever wondered the roots of plagiarism

Greetings, beloved readers. The previous writeup must have shed a……

Pam Official Joins Runtown, Afro B & More For The……