Home
/
News
/
Up-Close with Egya Adeabah and His Upcoming Ep 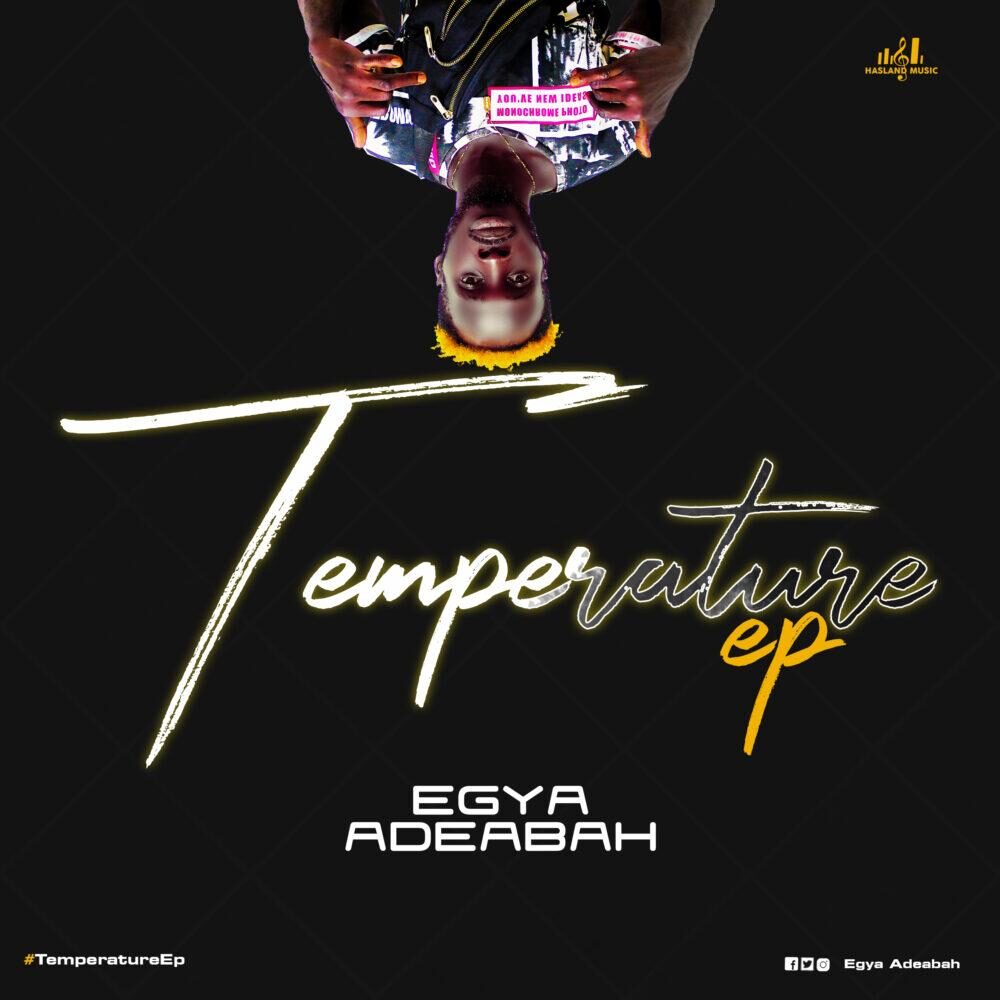 Egya Adeabah, one of Nzema’s fast-rising artists (Rapper & Singer) talks to us about his highly-anticipated first-ever Ep album titled TEMPERATURE.

“I rap a lot but in respect to Kofi Kinaata the Westside Gh king, he once met me at Willisbeat studios and heard me sing and rap, during which he advised me not to combine the two. Already, he sees me be good at it all, but he advised that in order to hit hard and create a niche, I should choose one and that will help as an underground art”.

However, looking way back home in Nzema most of my label’s arts also love to rap so I chose to add singing, so I could create that uniqueness from them, which is a key feature of the HASLAND MUSIC label.

Explaining further, Egaya Adeabah contends that “The strength of my art is not based on just the ability to sing and rap alone. The consistency with which I articulate, the precision of my verses in singing, as well as the flawless delivery of my poetic punchlines to my rap flow, makes even those who don’t understand my Nzema language develop the appetite for more of it. Therefore, my combination of the Nzema, English, Twi, Fante and Ga languages blended in one pot, is a soothing ointment to the weary brain, whenever one listens to my flow”.

For this first Ep album, my label Hasland Music has joined forces with most of the Nzema brass Engineers including GainseBeatz, KidStarBeatz, and AdBeatz-Made-iT, to produce five (5) powerful tunes. 4mula the Grandmaster features on this project as the guest artiste; and the Ep surely reintroduces the hit “ARABA MANSA” with Mogya Tom released back in the days, as a bonus.

The Ep will be released on May 10th, 2021 and will be available on all digital platforms

Why Temperature as the EP album title?

It’s just my state of mind. It’s literally how I feel. It’s my current situation now, as I just had a new environment as far as Dubai and my situation is concerned, it’s my state of mind as of now. You need to get the album to know what I’m thinking.

Why not BackGate Records But Hasland Music for the EP Label?

Yes, I have been signed my BackGate Records Int. and was supposed to be released tunes from the record label but due to the change of environment and work taking almost all of my time, the deal has been suspended for now till further notice, hence I have to work things with my own label in the interim, to keep the fans’ activation on.

What Do You Make of the Nzema Language If You Have to Go International?

Freddy Meiway has undoubtedly influenced the African continent and even beyond with his music, predominantly carried on the wings of the Nzema language. What I mean is, having one’s art to travel internationally, does not require the artist to sing or perform in an internationally known or popular language. To me, it’s about putting up the right ingredients to have the musical piece boiled in such a manner that even those who haven’t heard the word Nzema before, will be forced to enjoy it. Music is more than just the words making up the composition. I am Nzema and so will I remain till death, hence as and when the inspiration comes to me, the language in which it comes, will be the same vessel in which I will package it to my fans, no matter where they could be around the globe.

Kasiebo – Where Were You (Prod. LM Beatz)

Kasiebo – Where Were You (Prod. LM Beatz) Greatness dwells……

Medikal “Eventuarry” Breaks His Silence On Strongman’s Diss Ghana has……

Pappy Kojo Chickens Out Of New Battle? It been along……

Esbee – You No Fit (Prod by DredW)

Esbee – You No Fit (Prod by DredW) Esbee releases……