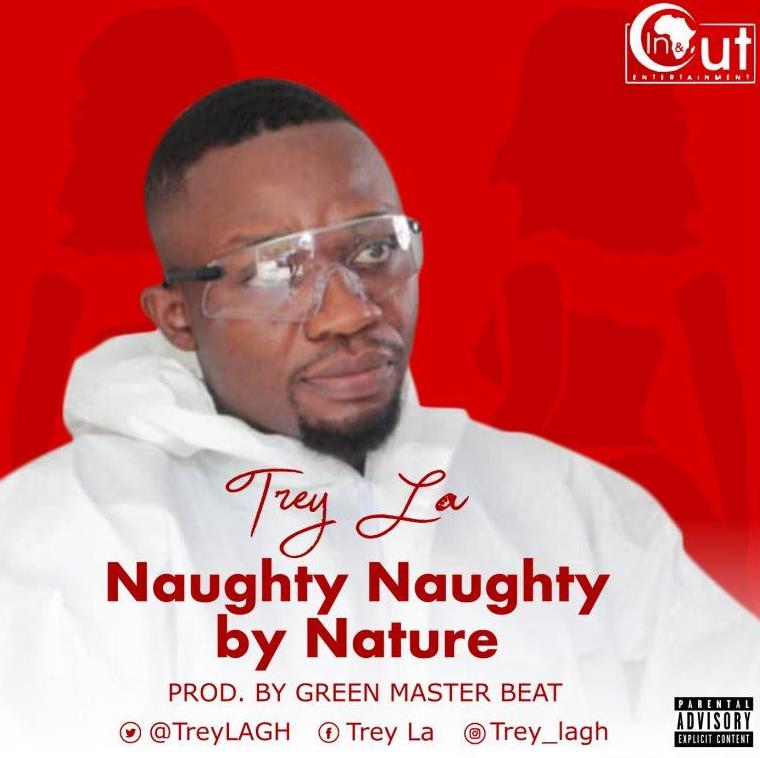 Following the release of ‘Disstribution’, Trey LA returns with a new single titled ‘Naughty Naughty By Nature’; a melodious fan song that appreciates women and their hold on men.

Produced by Green Master with mixing credited to IbeeOnDaBeatz, the song brings to light the reality that children become the product of their environment.

So it is of essence that they (children) are given the best of environments to thrive in. The family and other agents of socialization expose children to what they may become during their formative years and need to be apt in playing this role.

Trey, who received some recognition and props from American superstar, Fat Joe not too long ago has been poised to execute his incoming EP ”Big Things Start Small” with class.

Being one of the solid Ghanaian rappers out there, Trey LA has evolved into so much more in a short while and is expected to level up with his aforementioned EP. With mastery in English, Twi, Ewe, and evening Patois, a diverse set of fans would love his new work.

Bullet Reacts To Kelvyn Boy Snubbing Wendy Shay Something which……

Policeman Makes Lady Pick An Entire Area After Dumping A……