#Saminifest19: All Happenings and Performances

This year’s edition was called the Year of Return edition as the concert witnessed lots of electrifying performances.

Some upcoming acts such as Gucci Wale, Sister Akos, Field Marshall, Flex Man, Capun among others opened the show. 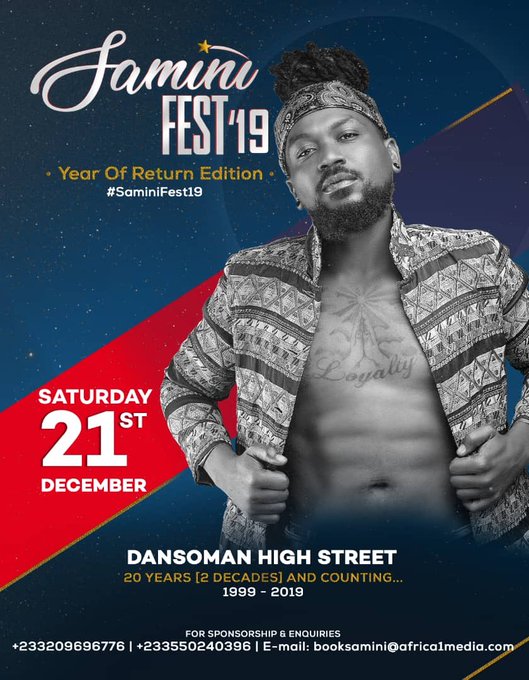 An incident where Keche had to stop performing at the event caused a little misunderstanding backstage.

Together with their manager, they halted their performance and left the stage.

On stage, Samini took the time to apologize for the unfortunate incident and promised it was been resolved.

It was, however, a great show as the man of the night, Samini thrilled fans from start to finish.

Samini performed for close to 3 hours and he gave back to back hit songs even from this Untamed Album.

Watch the full video below…

Bra Clem – Say No To Tramadol (Prod. By Tubhani Music)

In support of the prescribed usage of the narcotic drug(s)……