Shatta Movement boss, Shatta Wale has said in a Facebook live video that Media General’s MzGee is a big disgrace.

In some new videos on the Dancehall King’s Facebook page, he insulted some bloggers and media personalities for always wanting to paint him black.

There have been some serious arguments on social media concerning Shatta Wale’s recent Grammy nomination with Beyonce’s The Lion King: The Gift.

According to some media personalities, Shatta Wale can’t consider himself as a nominee because he doesn’t have 51% playing time of the pop vocal album.

Even in the midst of all these assertions, fans of Shatta Wale are still very happy for their artiste.

However, Fuse ODG was interviewed on 3FM by MzGee alongside popular blogger Ameyaw Debrah but Fuse refused to continue that conversation. 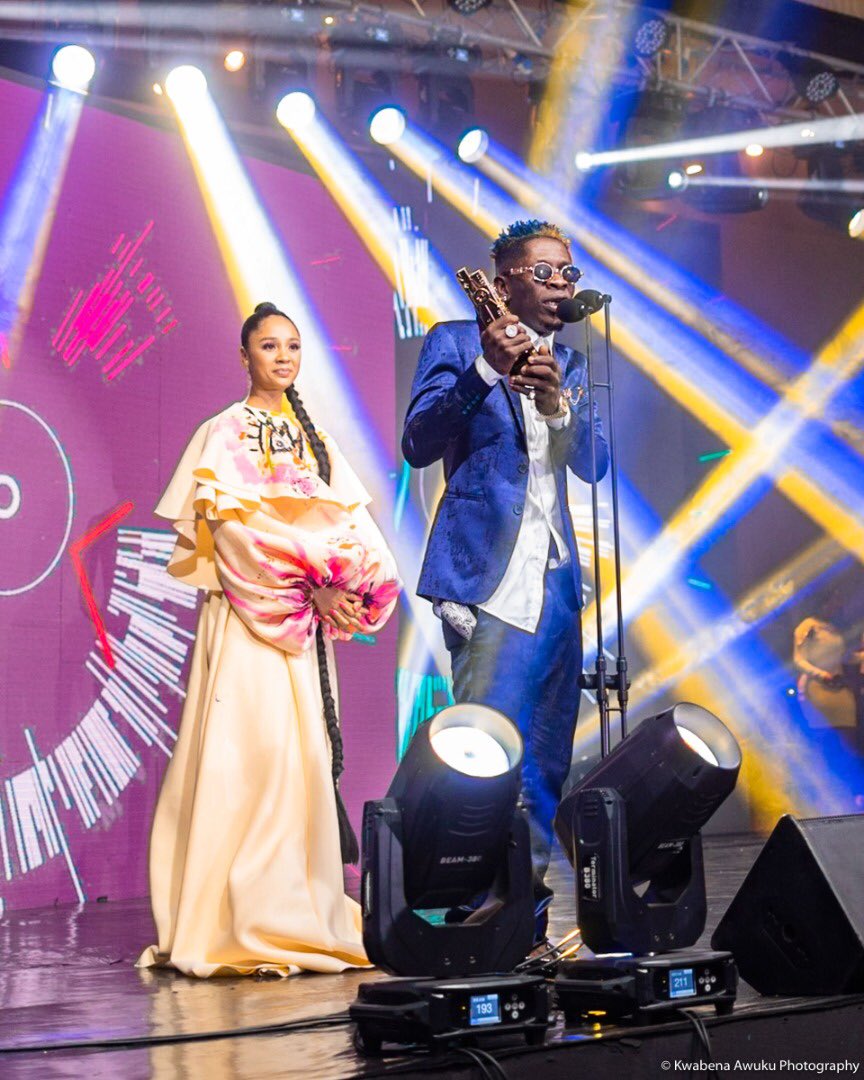 The UK-based artiste couldn’t fathom why the Ghanaian media space is trying so hard to discredit artistes for their hard work.

It could be recalled that Fuse ODG also got in a similar circumstance when ED Sheeran also bagged a Grammy for a project he(Fuse) was also on.

He also probed why Ghanaians are too quick to discredit artistes instead of supporting them.

But well, right on social media, the TINA crooner has joined Shattta Wale in getting back at critics over the same issue.

In one of the “One Man” hitmaker’s videos, he said the radio show host is a big disgrace.

Shatta Wale noted that so far he is a part of making the album or project a success, he deserves credits too.

Watch the full video below…

JUST IN: eShun’s Ex-Manager Finally Breaks His Silence On Claims of Abuse

JUST IN: eShun’s Ex-Manager Finally Breaks His Silence On Claims……

Hair that Slays starts with Afrocabello. Whether you’ve got……

Phrimpong, Others Thrill Fans At Religion 2 Premiere The night……