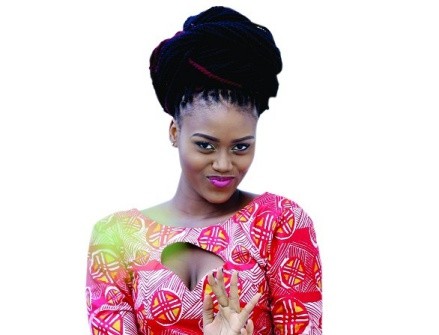 Ghanaian songstress, eShun has recounted how her ex-fiancé abused and tortured her which eventually led her to cheat on him.

She narrated her ordeal to Zion Felix where she even noted that all money she made from her shows never came to her but her ex-fiancé who was handling her at the time.

The singer revealed his then manager promised to make her big on condition that she sticks with him hence had no choice than to endure all the pain and torture.

“Anytime I decide to opt-out of the relationship he reminds of the fact that if I leave there is no way I am going to big. Now, little by little you endure. He bullies you, manipulates you, and verbally abuses you. he could look into my face and tell me I am nothing.

‘You have not done anything for me. You are a school dropout. What do you even know?’ Always body-shaming me” she told Zion Felix.

She indicated that she was unable to leave because he put so much fear into her which made her stuck emotionally and psychologically looking for someone to save her from that situation.

“I will be honest. I cheated on him twice because I was actually hoping that person would actually save me from that situation” she fumed. She, however, emphasized that she doesn’t regret doing that because she had a justifiable reason to do so.

Passwed One Of Ghana’s Most Promising Upcoming Rappers Is Set……