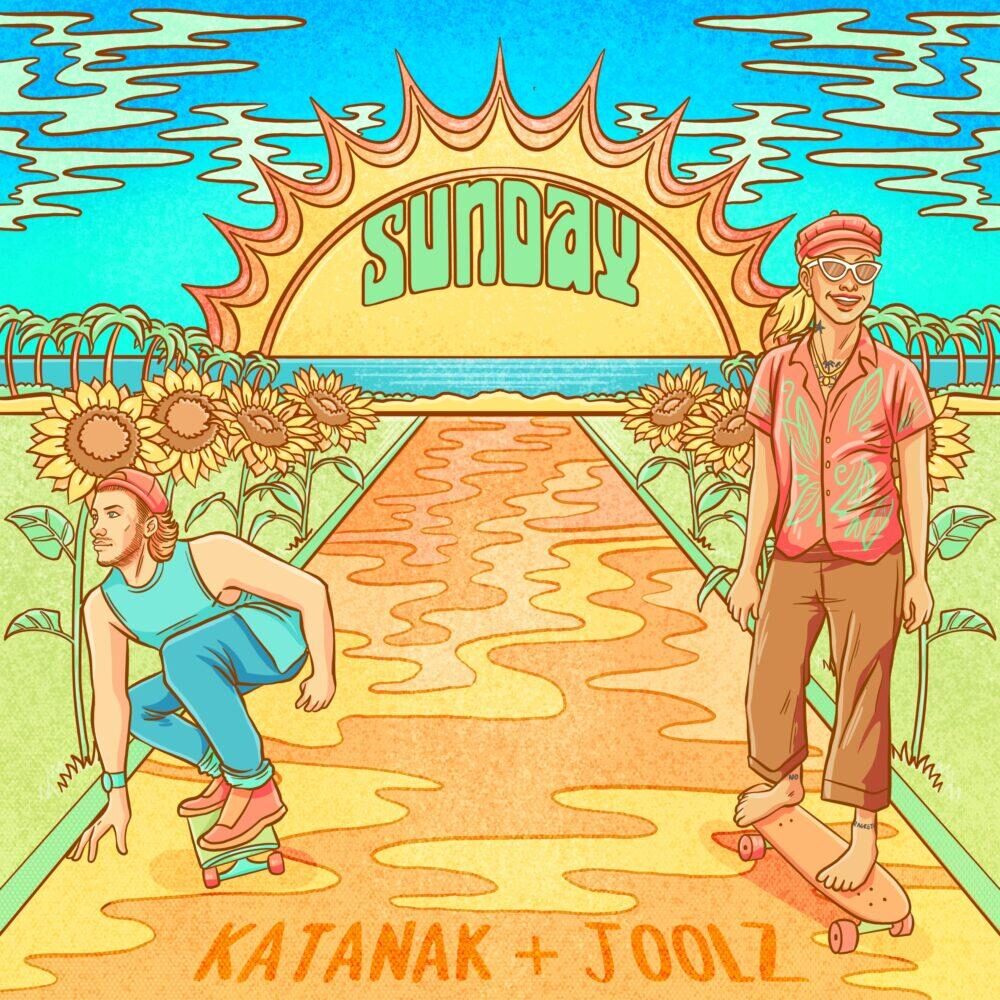 A collaboration between Australia’s Katanak & Joolz (previously Electrik Lemonade) has created this Indie pop banger. Katanak and Joolz coming together were brought about by covid. With gigs cancelled and people looking around for projects, they came across each other via social media. That first time writing together they realised they worked well together and liked what came out of the session. With Joolz’ Indie pop, RnB electro and Hip Hop background and Katanak’s indie-pop vibe, they set about combining the two styles.

Katanak whose real name is Dylan Cattanach is an Indie & Alt-pop artist from Brisbane, Australia. Katanak is building a reputation for himself by combining the storytelling of  1975, the anthemic nature of Two Door Cinema Club, the hook lines of The Wombats, and creating indie-pop songs that get the crowd on their feet moving to the groove. Gold Coast singer Joolz is a songwriter & performer is a genre-fluid artist featuring a mixed bag of feels consisting of indie pop, R’n’B & hip hop. Disinterested in the formulaic she will keep you tuning into her fresh sounds. Her contagious energy, saucy R’n’B flow, unapologetic style drive and hunger mean she is a force to be reckoned with.

Joolz cut her teeth working with the likes of M-Phases, Bliss N Eso and Electrik Lemonade and Katanak is inspired by 1975, Circa Waves & The Wombats. Writing together the result is the sound of summer. Ocean Alley/Lime Cordiale vibes crossed with Harry Styles ‘Watermelon Sugar’.

Katanak says “‘Sunday’ is our ode to Summer. The heat, the sun, the lazy days, you can hear it all in this track. When this track is playing you just chill. Instant thoughts of grabbing a skateboard and catching up with friends run through your head.”

Having supported Pete Murray on his 2019 Summer Seasons Tour, Katanak saw stellar growth early on in 2020 with a People’s Choice Award winner at QUBE Effect 2020, an initiative of Brisbane City Council that selects Brisbane’s finest young musicians as well as making the semi-finals for The International Songwriting Competition 2020.  The release of his highly anticipated, crowd favourite “Valentine” recorded with Jared Adlam was the showstopper, a fresh, pop song that is not merely an ode to love.

Katanak has captured the attention of LMS UK media, which partners with grassroots musicians, and 2021 looks to be a banner year for the company. With the release of his much-anticipated single “Sunday,” an indie-pop banger featuring Joolz, Katanak prepares to extend his music offerings to the United Kingdom. This new collaboration with Joolz is a slow-burner packed with summer metaphors (“Sunflowers, rising quickly)

Medikal Reveals The Drugs He Was On When He Said……

Sarkodie Reveals What Pushed Him To Write His First Rap Verse

Sarkodie Reveals What Pushed Him To Write His First Rap……