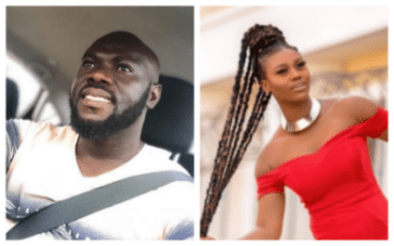 JUST IN: eShun’s Ex-Manager Finally Breaks His Silence On Claims of Abuse

Yesterday was some hot day as eShun made certain claims about her then-manager and boyfriend where she spoke on he abusing and torturing her.

She also said he asked her to pay a sum of Ghc120,ooo in order to hand over her social media to her. Many among these were the allegations leveled against him.

But well, there are always two sides to a story and Stephen Mensah has finally come out to share his side of the story, and here was what he said.

According to him in an interview with Cape Coast-based radio station Radio Central, he told Amansan Krakye that he had a contract with her even though it was the oral type.

The CEO of Quophimens Musiq eventually said that he chooses to let some of the issues slide and that he wishes her well in all her endeavors. Listen to the full audio below.

People see me on a god level – Kelvin Blackmoore

In a recent interview with the newly signed artiste to……