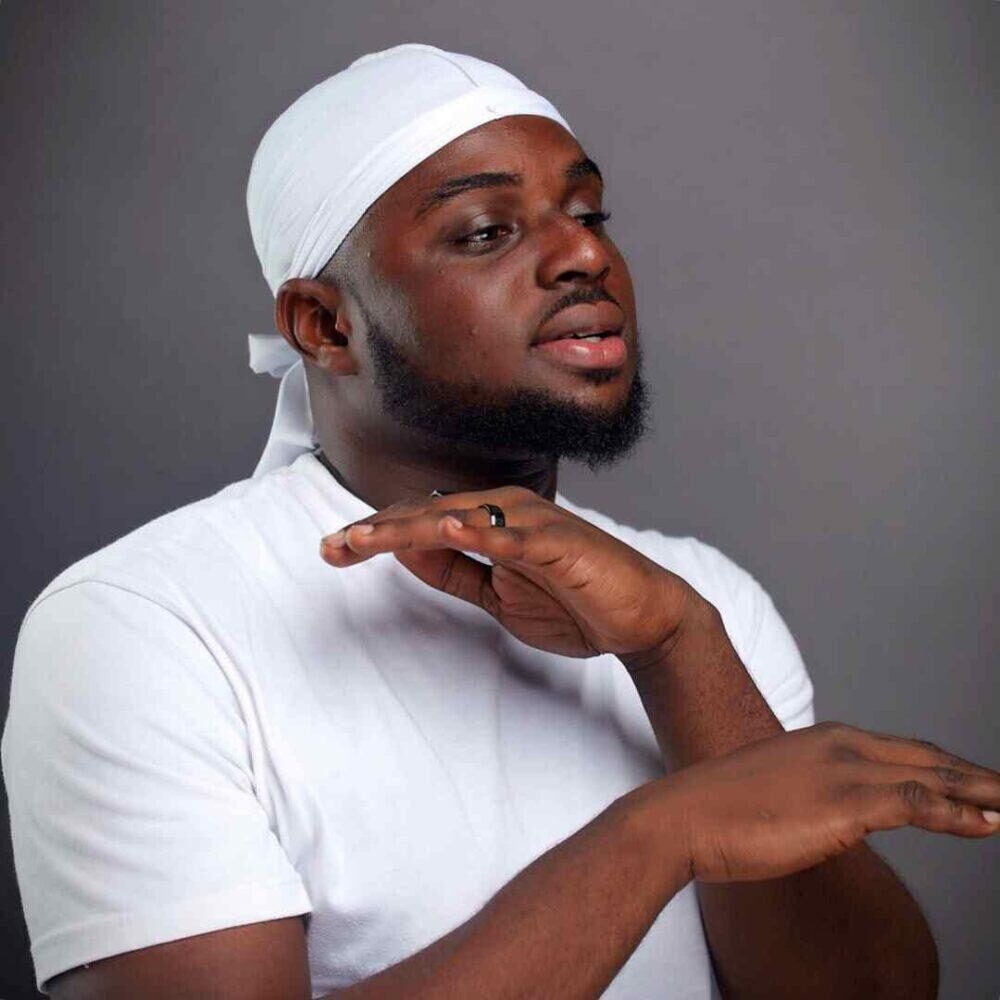 Gabriel Asare known by the stage name Scrip T is a Ghanaian Musician and a practising Registered General Nurse who hails from the Ahwiaa Kwabere East District of Ashanti Region. and born to Mr Dickson Asare and Mrs Mercy Nimoh.

He grew up in Buokrom Estate where he had his basic schooling at Airport international school located in Kumasi. He had his high school education at Osei Kyeretwie Senior High School (OKESS) where he was voted as the entertainment Prefect during his time.

Gabriel has been a fan of music listening got inspired by the songs and watching people perform whenever his mum takes him to functions or events. This experience got his zeal for music up and motivated him to get into music writing and recording.

He discovered his musical talent during his school days when he uses to perform renowned songs during entertainment and spent the time to master the act and genre of Hiplife, Afro Pop, Highlife, and Hip-Hop.

In a conversation with MrrrDaisy, he disclosed back in school, he meets with other talents like himself and they (Narkim Psl, Pappy) teamed up to come up with their label which they called it PSLmuzik and released their first-ever project which was just a normal freestyle in 2012.

Furthering his music career, in 2018 he released a major project Gimme Joy which featured Ghana’s finest wordsmith Strongman Burner. In 2019 he was nominated for the Unsung Artiste at the Ghana Music Awards. Even though he wasn’t announced the winner, this recognition boosted his career and helped most of his social media handles verified and to top it up he released one of the best motivational songs ever written in Ghana iTried.

In 2020, he released another top major project Wobeye Yie which when translated means “You Shall Make It”. The song encourages all hardworking youth to focus on the goal at hand and ignore all negativities. He goes on to preach that worshipping the Lord is good but without hard work, it will result in nothing.

Scrip T goes on to advise against laziness and also encourages learning to live life at the moment by appreciating what you have at hand and growing them, rather than belittling your current situation because someone is ahead. His latest release is Fupa and planning on other projects with Fameye and Kuami Eugene.

His motives are to entertain, educate, inspire and generate a legit source of income for himself and his future family. He presents a perfect blend of various genres that brings his creativity to light. He dreams of sharing the same stage with his favorite artists like Angelique Kidjo, Ice Prince, Sarkodie, Ludacris, Pusha T, and J Cole, and believes with hard work and determination these ambitions will surely come to pass. He is signed to AJ RECORDS.

Must watch video from Morning Tee. He titles the song……