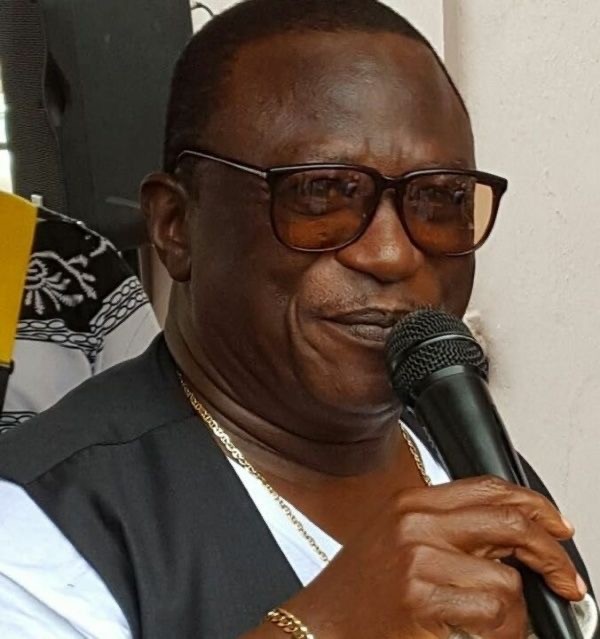 Obiba Sly Collins — The Veteran Ghanaian Highlife Singer was teary while sending this message across. He drops a melting message for his long-time friend and colleague Musician, Nana Tuffour, who passed on a month ago.

In a compassionate message sent to BeenieWords.com, Obiba Sly Collins says, “Nana Tuffour was a very loving big brother, he was great legend of Highlife music, his style of singing was dynamic. Flawlessly did sekyi Highlife, lovers rock and roots rock reggae with versatility. He was a great talent from Ashanti Kingdom and we have lost a big one indeed.“

Listen to “One Day” by Obiba Sly Collins here: https://bit.ly/OBIBAONEDAY

Obiba explained he was a caring fellow to everyone. “I remember when my mother-in-law died, he called me, Sly when your father-in-law (Hon. Emmanuel Amoah) died, I couldn’t make it, Maestro Kojo Antwi, Yaw Sarpong, Amandzeba, Chief Abirekyireba Kofi Sammy, George Forest and others were there, but this time leave the music section for me. I was amazed, just to let you know how kind he was and how much love he showed me. I have lost a big brother, adviser, mentor and a great musician. May his gentle soul rest in perfect peace”, Obiba Sly Collins added.

Nana Tuffour died at his residence Kumasi in the Ashanti region in the early hours of Monday June 15, 2020 after a short illness, according to reports. (Source: PeaceFMOnline.com)

Born James Nana Tuffour popularly known as 9924, was a renowned highlife singer/songwriter. The ‘Abeiku’ hitmaker spent his childhood in Kumasi. Growing up, he was surrounded by resourceful relatives, which gave him the opportunity to enjoy music from all around the world while at home.

Affectionately called Nana at home, he kicked off his musical journey with one of the country’s best keyboardist Alex Konadu popularly known as ‘one-man thousand.’

The ace singer with over 15 albums to his credit later joined the Wanto Wazuri Band as a pianist. For someone with great vocals and unique lyrics, Nana Tuffour later became the front man of the Waza Africo Band.

In no time he was envisioning a solo album, a reason for which he sojourned in Nigeria. In Nigeria, he began working with legendary Nigerian musician King Sunny Ade as his keyboardist.

In 1979 he released his first album Highlife Romance followed by many other hit albums. A countless number of Nana Tuffour’s songs were recorded at Bodo Staiger’s Rheinklang studio in Duesseldorf, where also many other highlife stars from Ghana had produced their hits.

It’s been quite sometime the music world had a taste……

Piesie Super who is undoubtedly one of Ghana’s catchy hook……

Gigasty is know for his superb style of music, with……