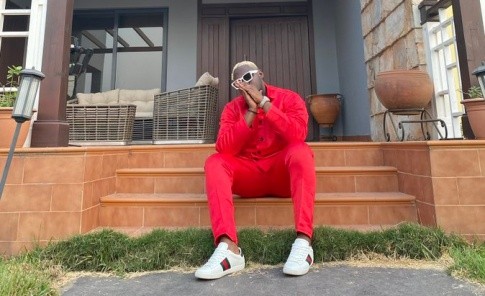 AMG Business has finally added his voice to the ongoing beef and according to him, he will never waste his to engage himself in a beef with a female rapper.

These past few days, the music scenes have witnessed some diss tracks here and there. This actually involves some of our best female musicians(Freda Rhymz, Eno Barony, and Sista Afia)

In Eno Barony’s second reply to Sista Afia dubbed “Argument Done,” she threw some subtle shots at the AMG rapper. She claimed that Medikal was behind Sista Afia’s raps.

Taking to his Twitter page, he categorically stated that he can’t beef a female rapper when she looks like a corpse.

He recalled how Eno linked up for a feature 4 years ago without charging a penny. He wondered why she would disrespect him because he hasn’t wronged her.

Read his tweets below.

4 years ago eno Linked up for a feature, gave her a verse and pulled up to shoot the video when called without charging a penny,never expected her to disrespect me in anyway, especially when I haven’t wronged you.This is why people don’t do good sometimes I guess.

You could have linked up again after all those years for another verse cuz I am hotter than I was back then ! But no, Human being, you would rather put dirt on my name for clout than get a hit song you can chop from.

I Have Never Been Afraid To Be A Game Changer. – Lady Prempeh

I Have Never Been Afraid To Be A Game Changer.……