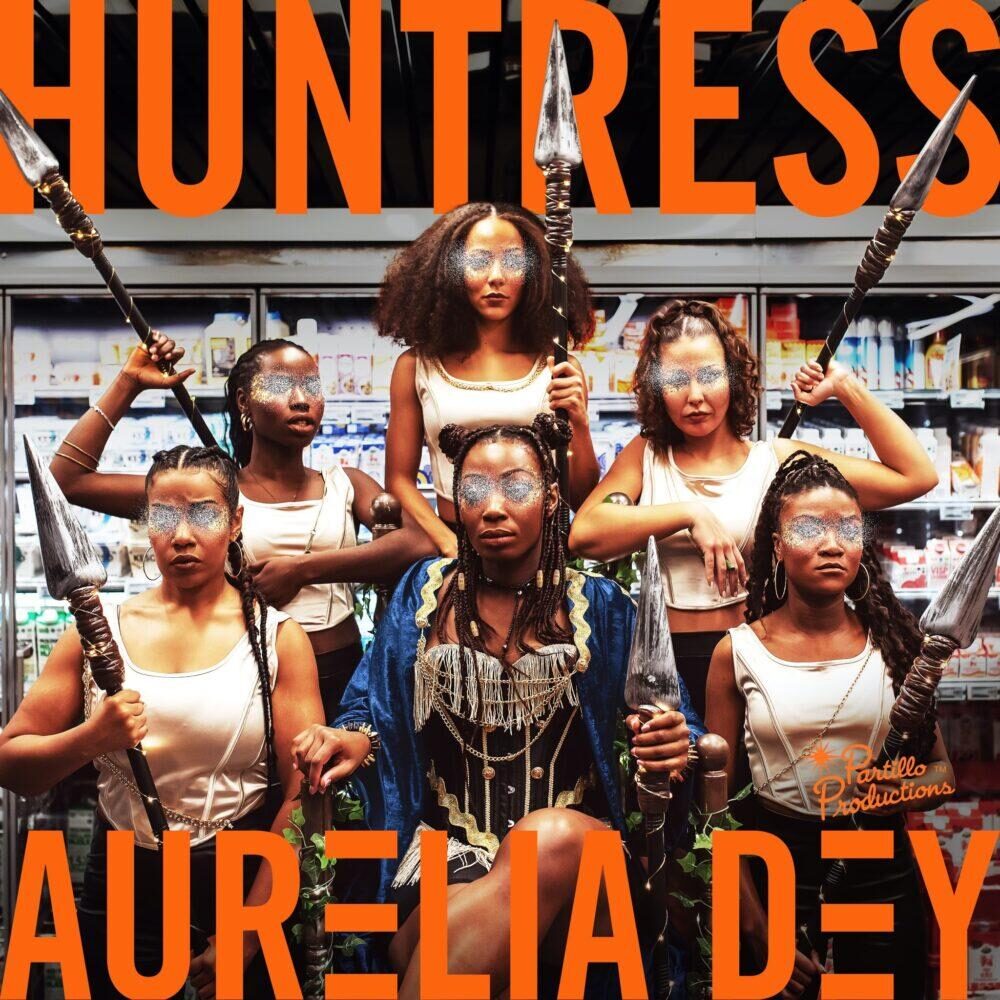 Through dance, music, acting and dialogue, Aurelia Dey is constantly finding new ways of expressing herself. She brings her pro-black and gender equality message along with her entertainment and speaks openly about her mental health linked to her Afrophobic experience as both Ghanaian and Swedish.

On April 23, afrobeat and dancehall artist Aurelia Dey released this gully dancehall track via Rudeboy Records as the fourth single on her upcoming album “Sunday Service”. Aurelia Dey wrote Huntress in 2018 and inspired by the previous own song “Sweet Love”, Aurelia made a demo of the song and went with it to producer Partillo. Together, they produced Huntress over an approximately 4-month period of various sessions.

Huntress stands for a form of liberal feminism on another level. Women are still considered to be passive in a society where they should not take initiative or take an obvious place. When women do it anyway, they can be branded as maneaters, aggressive, too much, like a huntress. The song is thus a parody of this stereotyping that we experience, says Aurelia.

-Yes you can call me Katniss or Xena Warrior Princess!

This witch hopped on a broom stick.

The sensual references in the song are inspired by the artist Spice, who uses fun metaphorical sex references that Aurelia also plays within several of her songs. Teasing with words and using her voice in superior tones is something we have heard Aurelia do in her 2018 single Sweet Love and now also in Huntress when she ends her chorus with “so let me be clear, little boy”.

Huntress is about female empowerment, about taking command both in terms of love but also socially or within the career. If they want to call us huntresses or bossy, they can do it, but then they get the whole package, Aurelia continues and quotes from the song:

“If you don’t come over here

I will hunt you down with the spear

Grown woman have no fear

So come for this!

How you love it

The upcoming album “Sunday Service” is planned to be released in late 2021. In the summer of 2020, Aurelia Dey released the first single “Powerbank”. Something that has attracted attention in, among others, SVT:s PSL, Göteborgs-Posten, P4 Göteborg och Hymn. . In February 2021, the single “Rising” was released, which was played on radio channels in Sweden, France, USA and Ghana, as well as her latest single “All These Neighbors”, which has received much attention in various feminist networks in Sweden.

Edris Elba to play role of James Bond in next movie

Rumours about thr next James Bond begun in 2014, when……